A dervish, a shaman, someone who lives it up on stage as if he were born for it. Hallam London […] is a phenomenon. Beate Baum, Dresdner Neueste Nachrichten, 17 Dec 2022

Hallam’s songs are PostPunk and IndieRock, they possess a gripping energy and exuberant dynamics, have rough edges and yet go straight to the ears, stomach and legs. The Dresden-based artist writes his songs together with lyricist Ian Badcoe from Sheffield/UK. The upcoming album deals with topics such as identity, mental health, modern urban life in sonorous language spiced with witty humour. 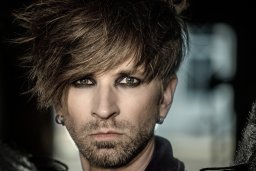 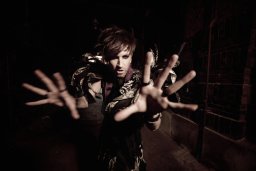 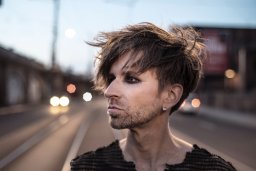 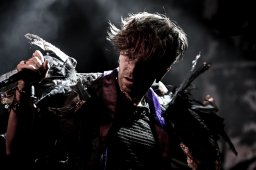 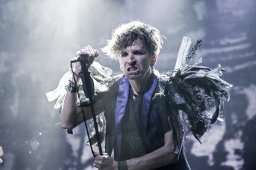 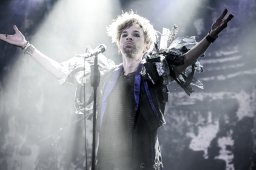 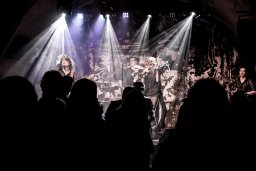 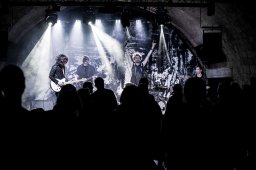 Hallam London’s songs are post-punk and indie rock. They are music of today, but at the same time they breathe British rock music history from the Beatles to Bowie and Radiohead to the Arctic Monkeys. No single definition is big enough and yet everything is cut from the same cloth, because they all possess a gripping energy and exuberant dynamics. The songs captivate with sharp guitar and bass riffs, crisp staccato beats, edgy new wave vocals – all complemented by flourishing chord progressions and big melodic arcs.

Rarely enough do press releases on artists’ websites hit the mark and hardly need any appeasing correction. But in the case of the Dresden-based composer, singer and guitarist Hallam London, it is. Andreas Körner, DNN, 13.12.2022

Hallam lives and works in Dresden. He writes his songs together with Sheffield-based lyricist Ian Badcoe. The upcoming album Be Yourself in 11 Easy Lessons deals with topics such as identity, gender, mental health, modern urban life and their shared love of science fiction – profound themes, sonorous language, spiced with witty humour. The sound Hallam was seeking for his music has been brilliantly realised by producer Dave Sanderson (65daysofstatic, Reverend and the Makers), who also works in Sheffield.

And now, finally, Hallam brings the songs to the stage with full force, with his band: Jonathan Zielke (guitar), Leonhard Endruweit (bass) and Fabian Buchenau (drums).